by Joshua A. Brown

The Afghan Kush strain has been classified among the simple-to-grow strains. It is known for its stereotypical body effects that are very common among most indica strains. The effects are believed to last between 2 and 3 hours. Ideally, the strain is preferred for its high count of hashish. It is a strong plant having light-colored nugs with resinous trichomes.

The THC levels for this strain are 21.6%, not forgetting that the CBD levels are also high. For this reason, the strain has been proven to have a good medicinal value. This strain mainly affects the user’s body more than the mind, leading to laziness or sleepy feelings. Owing to its effects, it has helped insomnia patients as a good bedtime medication. It is also ideal for anxiety and stress.

What Is the Afghan Kush Strain?

This is a well-known potent indica strain from the mountain range of Hindu Kush. It is ideally a good example of the landrace strains. This means that the strain grew organically on its own out in the wild with no human interference. Uzbekistan and Afghanistan locals harvested it as they found it.

This means that, as opposed to the endless periods of crossbreeding and cultivation, the strain came as a result of evolution. This yields an interesting combination of unique characteristics. You should, therefore, never question the main reason why people prefer the Afghan Kush strain.

The strain will not just make an ordinary high but a very clean one, for that matter. What’s more, it has an amazing combination of cannabinoids. From this strain, you will get so much of both THC and CBD. This, in turn, results in so many medical benefits.

As we would expect from any other strain from Hindu Kush mountain ranges, the aroma for this strain is that of hash. Being a bit spicy, the strain smells the same way you would feel walking to a hash pipe shop.

The taste quality of the smoke of Afghan Kush is that of sweet hash. When it hits the tongue, you will be overpowered by the hashish taste.

This is an ordinary-looking strain that has an attractive coloration. The strain also possesses a special combination of pleasantly strong resin and potent pistils.

This strain does not need the common seed process since it is grown from a clone. However, this does not imply that the strain could not be cultivated from a seed. Being a common mountain landrace strain, this strain will grow even in adverse conditions.

All the same, having a clone will save you a great deal of having to care for it when sprouting. The pure indica strain takes about 7 to 8 weeks to flower and becomes ready for harvest. On average, it can give a yield of 16 ounces for every square meter of the plantation.

For outdoor growing, the strain requires great outdoors. In particular, it would require a climate resembling the European summer. It is normally ready for harvest between late September and early October. Its yield can be estimated at 21 ounces of bud for every plant.

Afghan Kush is a good example of the typical indica strain. This means that the strain has all that it takes to be described as having characteristic effects on your body. For beginners, the very common medical benefit is insomnia treatment. Only a few strains could produce a potent sleeping effect as Afghan Kush would do. Therefore, if you are looking for perfect and gentle sleep, this strain will be good and better taken hours before bedtime.

Other than getting you some good sleep, it is ideal for relieving stress and other mental disorders. It will be very hard to feel depressed or stressed whenever you take the strain. Other people enjoy the strain of treating painful conditions. Ideally, it could relieve the pain feeling regardless of what you are battling with.

Possible Side Effects of the Afghan Kush Cannabis Strain

Even though the THC dosage of this strain is relatively high, it has a good balance of the other cannabinoids. It is not often the case, but most side effects from marijuana result from a poor balancing of cannabinoids. All the same, there are several things to note.

You might experience both dry mouth and eyes to some extent. For this reason, you need to keep a glass of water close to you to deal with this. Apart from that, with its relatively higher THC content, it might induce dizziness. This commonly happens to people who have a bad experience with marijuana. It could also happen with overuse of the strain.

As far as culturally significant strains are concerned, this strain is up to the task. Just like other strains in this class, when you pass any offer for this strain, you will be missing a great experience. This strain is proof of what nature is capable of when it is left to its devices. Without the tedious growing or crossbreeding, nature produced this enjoyable and potent indica all by itself. Owing to that, the strain is worth giving a shot. 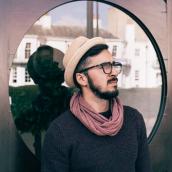 Joshua believes that everything is possible with the strains, and you only recreate what will make you happy. His ten years of experience in writing after pursuing mass media and telecommunication at the University of Toronto, Canada, is a real inspiration. Everything about strains can get messy and hard to understand, but with top-notch research and in-depth knowledge in the field, he simplifies the topic of strains in words, and you get the correct information with his simple writ up. Joshua loves kids, and he spends his leisure in the children's home with edible gifts, including chocolates and sweets.