Research on CBD has been less than sufficient, but a growing body of research has been found to highlight the health benefits of CBD. Different studies have shown that CBD has anti-inflammatory and seizure-suppressant properties, can reduce anxiety and help people manage daily stress. According to WHO, CBD is a safe and well-tolerated compound, even with high doses of up to 1,500 mg daily.

As the increasing popularity of CBD is reaching every corner of the world, more and more questions about its properties and the possible downsides are coming out. Is CBD addictive? Or is CBD oil addictive? And many other questions regarding CBD addiction, effects of CBD, THC and CBD and more.

The goal of this article is to help you know the answers to these questions. You will also know CBD and addiction and how CBD interacts with drugs.

CBD is one of the major chemical compounds of cannabis. Unlike the most known compound, THC, CBD has no psychoactive properties. CBD may make THC balanced out by modulating its psychoactivity in the brain. As Dr. Cidambi states, natural cannabinoids such as CBD and THC are chemical compounds that insert themselves into special receptors CB1 and CB2 in the body’s cells and tissues.

These receptors are a part of the vast network of neurotransmitters- the endocannabinoid system (ECS), which helps in regulating bodily functions including temperature, sleep, appetite and digestion, mood, memory, pain, and pleasure.

According to scientists, CBD doesn’t produce psychoactive effects, and it will not make you feel high, even combined with THC, and so, it has very little room for abuse. A 2011 study ascertained that CBD is safer than not only THC but also other cannabinoids. After a long endeavor, researchers determined that CBD is well-tolerated in humans, even with doses as high as up to 1,500 milligrams daily. So it has no potential to create addiction.

You will be surprised that even THC cannot lead to physical addiction. Some addiction experts state that 91% of marijuana users will never get addicted to THC, and the remaining 9% percent of them will form negative habits, which may lead to some form of abuse.

The World Health Organization acknowledged CBD as a safe substance with no potential for abuse in a comprehensive report issued in 2017.

Another study was published in Neuropsychopharmacology in 2010. A total of 94 cannabis users were examined to identify the role of CBD-to-THC ratios in amplifying the effects of psychoactive components and attentional bias to drug stimuli. From that study, scientists concluded that CBD could treat cannabis dependence and some other addictive disorders.

You can find evidence that CBD could help alleviate the adverse effects of CUD. One study, published in 2012 in the Journal of Clinical Pharmacy and Therapeutics, observed CBD for treating cannabis withdrawal symptoms. This case study was launched on a 19-year-old female cannabis user. She consumed CBD for ten days, and there, the research found out the female experiencing reduced withdrawal symptoms.

Forty-two adults who had been using heroin for an average of 13 years were examined in that study. The participants were divided into three groups, out of which two groups were provided different doses of CBD, and the third group got only a placebo:

Can You Overdose on CBD?

Researchers found that CBD inhibits these enzymes from being broken down and metabolized in the liver. This blockage can enable patients to take lower doses of prescription drugs, but at the same time, it can also cause a toxic buildup of pharmaceutical chemicals in the body.

Addiction is a brain disease. It reveals itself through intense cravings for a particular substance despite its harmful and detrimental consequences. People with addiction problems display several symptoms, from poor cognition to disturbed body functions, together with behaviors.

CBD can restrain addiction to many substances, such as alcohol, nicotine, opioids, heroin and more. CBD not only helps with physiological addiction but also can aid people in fighting the bad habits they’ve created around different substances and activities. Bear in mind that CBD can work as a tool against addiction in more than one area of your body. 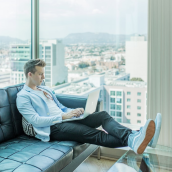 MCT Oil- Is It The Best Carrier Oil Option For CBD?

What are the Side Effects of CBD? Potential Risks You Need to Know